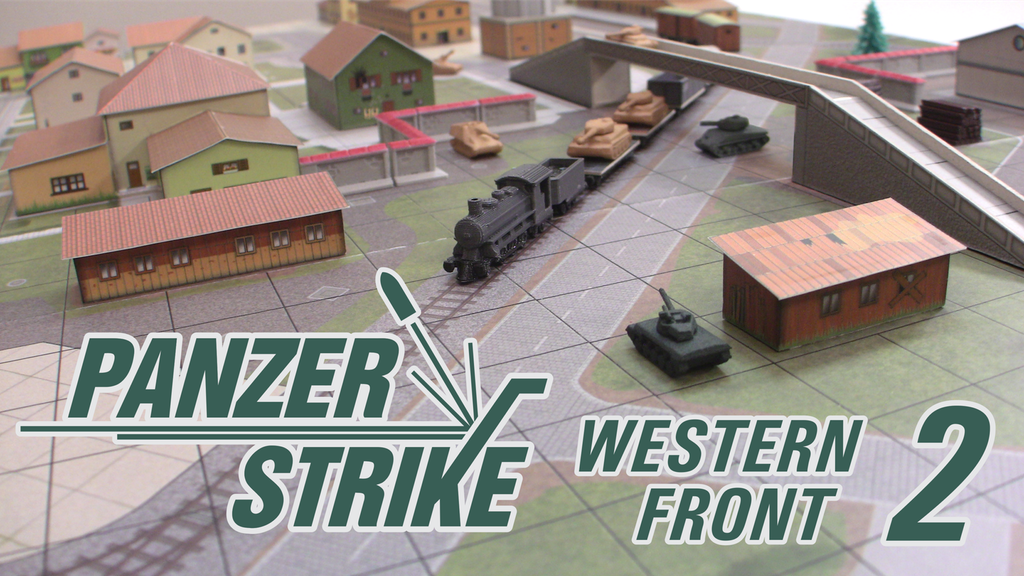 Enjoy a tactical tanks battle in this realistic game on 3D terrain. Simple, dynamic and amazingly deep in many different scenarios!

Latest Updates from Our Project:

The orders in BackerKit will be locked on December 15th 2019, and credit cards will be charged shortly after.

Please make sure you have chosen the right items that you want before that date.

In the meantime, the final stretch goal has been reached in the pledge manager:

The second stretch goal is reached in BackerKit:

The next stretch goal is:

Pre-order period in BackerKit has started:

Stretch goals are still active, and the first one is already reached:

The next stretch goal is:

Our fourth campaign is successfully funded. Pledge manager, Backerkit, will start in about 10 days. There will be many add-ons in offer, mostly the same as in the previous campaign, plus a couple of new ones:

The details will be presented in the pledge manager.


Stretch goals will count together with payments on Backerkit. Considering that the shipping fees are yet to be charged, the first stretch goal ($ 10 000) will certainly be reached, and probably the second one too. Follow our updates.

This short (16 days) campaign will end in 53 hours. In our previous project, we used the services of a pledge manager company (BackerKit) for the first time and we were very satisfied with the results. During that pre-order period, we got a few new backers, and many of our Kickstarter ones pledged for some of the add-ons offered. In total, during the pre-order period, we collected $7477.

Now we will continue to cooperate with Backerkit, and the news in this campaign is that the shipping fees will be charged through them. There will also be a lot of add-ons in offer. Given that this campaign is quite short (only 16 days) and that the summer is a period when many potential backers are on vacation, the pre-order period on BackerKit will last 2 months (maybe even longer).

Stretch goals will continue on BackerKit by taking into account new payments. The current goal (high and low barricades) will be reached if the $10.000 sum is collected. We hope that this will be accomplished by the end of the campaign at Kickstarter, but, if it doesn’t happen, it will certainly be reached on BackeKit when the shipping fees are counted in.

As the next stretch goal, we announced a passenger train (a locomotive with 4 wagons) at $12.000 (Kickstarter and BackerKit accumulated). The passenger train does not participate actively in combat, but locomotives and wagons represent high obstacles through which passing nor firing is possible. They can be mounted on rails that extend to 3/4 of the board, so they can significantly change the configuration of the terrain. The location of the train at the beginning of the game is determined by the players themselves or by a scenario in play. During the game, the entire train (or the locomotive only) can also be moved along the rail, an then it’s operated by the player who plays with German tanks or it’s moved according to a given scenario.

We remind the backers that the base set already contains a freight train that plays a more important role in the game because in some scenarios it can bring new tanks into the fight.

We believe that the amount of $12.000 will be reached so we announce immediately the next stretch goal: a set of 4 improvised bunkers at $14.000. It will be 3D printed out of 3 parts: stone blocks as a shelter, a cannon, and a roof. The bunkers are placed on the board before the beginning of the game according to a scenario o according to players’ wishes.

We invite the backers to follow the updates that will be published after the end of the campaign at Kickstarter, as we might surprise you with another thing or two. It's still not too late to share the information about this project and invite people who you think may be interested in this game. In one of the future updates, we’ll present the plan for the entire series of Panzer Strike: Western Front games in more detail.